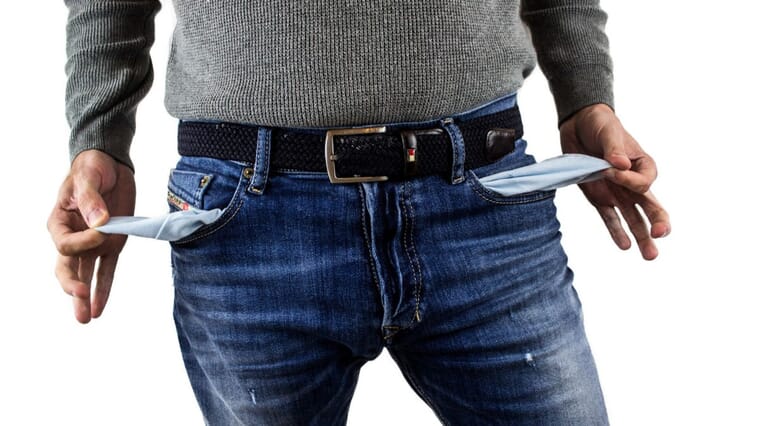 In my article about risk management in personal financial planning as I have explained how to be reasonable and take moderate risks with money. In a nutshell, the idea is to follow three simple rules when investing:

Today I will cover 3 key topics that complement the rules described above. Be it for retirement planning or when trying to multiply your capital, a good investor must know how to control:

Continue reading and you will see that as these topics are closely related to our emotional intelligence, many times we only realize we got caught by them when it is too late.

When the ship starts to sink, don’t pray. Jump. Over time a part of your investments will go wrong.

You can expect that roughly half your risky and speculative ventures will turn sour before you have reached your preplanned ending positions. Half your guesses about the future will be wrong. Half your judgments of economic forces will be inaccurate. Half the advice you hear will be bad.

Knowing how to get out of a bad situation may be the rarest of all gifts. It is rare because it is difficult to acquire. It takes courage and a kind of honesty with a cutting edge like a razor blade. It is an ability that separates the men and women from the boys and girls. Some say it is the most important of all the tools in a gambler’s or speculator’s kit, it can totally change your financial life.

One man who would agree with that statement is Martin Schwartz, a former securities analyst. In 1983, Schwartz increased his playing money by a spectacular 175 percent. That made him the winner of the U.S. Trading Championship, an annual contest sponsored by a Chicago commodity brokerage — and it also made him a lot wealthier. Asked how he achieved such nice results, Schwartz focused instantly on the one ability he felt to be essential.

“I’ll tell you how I became a winner, I learned how to lose.”

You hear almost identical words around gambling casinos. Asked what makes a good poker player, Sherlock Feldman answered without hesitating, “Knowing when to fold.” An amateur gambler hopes or prays the cards will fall his way, but a professional studies how he will save himself when they fall against him. That is probably the major difference between the two. It helps explain why a pro can expect to earn his living at the poker table, while an amateur (if playing against pros) can expect to get taken to the cleaner’s every time he plays.

Note the wording: when it starts to sink. Don’t wait until it is half submerged. Don’t hope, don’t pray. Don’t cover your eyes and stand there trembling. Look around at what’s happening. Study the situation. Ask yourself whether the developing problem is likely to get fixed. Look for trustworthy and tangible evidence that improvement is on the way, and if you see none, take action without further delay. Calmly and deliberately, before everybody else has started to panic, jump off the ship and save yourself.

Gerald Loeb’s rule of thumb was: Sell whenever a stock’s price has retreated 10 to 15 percent from the highest price at which you have held it, regardless of whether you have a gain or a loss.

Risk management in personal financial planning takes much more emotional intelligence skills than actual knowledge in finances and economics. A personal financial plan is key to evaluate the risks you are taking versus your potential earnings. Be it when planning to invest in your retirement savings or choosing the best mutual fund to multiply your capital.

Human behavior cannot be predicted. Distrust anyone who claims to know the future, however dimly.

Back in 1969, when the Consumer Price Index rose by about 5 percent, the consensus of leading economists was that the inflation rate would rise a bit in the early 1970s but then would taper off later in the decade. It didn’t. It doubled. In 1979, when the index leaped by a scorching 11½ percent, the consensus of the seers was that the rate would stay at double-digit levels through the mid-1980s. It didn’t. It was back down to 1969’s peaceful levels by 1982. Similar stories have repeated themselves until today.

It makes you wonder. Why do we go on listening to economic prophets when they plainly know no more about the future than you or I? We listen, no doubt because knowledge of the future is and has always been one of the most desperately sought human goals. If you could read tomorrow’s stock prices today, you would be rich. And so we listen with respect and hope anytime somebody stands up and announces a vision of things to come.

More often than not, listening turns out to be a mistake. Back in the summer of 1929, on August 23, the Wall Street Journal told its readers they could make a lot of money in the stock market. The Journal’s special crystal ball, a future-gazing technique called the Dow Theory, revealed that “a major upward trend” had been established in stock prices. “The outlook for the fall months seems brighter than at any time,” the Journal warbled happily. A couple of months later, everybody went down the drain.

The fact is, nobody can predict what is going to happen next year, next week, or even tomorrow. If you hope to get anywhere as an investor, you must get out of the habit of listening to forecasts. Each of the prophets, after being in the prophecy business for a few years, can point proudly to a few guesses that turned outright. “Amazing!” everybody says. What never appears in the prophet’s publicity is a reminder of all the times when he or she was wrong.

“It’s easy to be a prophet, you make twenty-five predictions and the ones that come true are the ones you talk about.”

Not many seers are that frank, but all would privately agree with Dr. Levitt’s formula for success. Economists, market advisers, political oracles, and clairvoyants all know the basic rule by heart: If you can’t forecast right, forecast often. You can watch economists and financial planners assiduously obeying this rule every year.

One of the traps money-world prophets fall into is that they forget they are dealing with human behavior. They talk as though things like the inflation rate, mutual funds performance or the ups and downs of the Dow are physical events of some kind. Looking at such a phenomenon as a physical event, an oracle can understandably succumb to the illusion that it will be amenable to forecasting. The fact is, of course, that all money phenomena are manifestations of human behavior. The stock market, for example, is a colossal engine of human emotion.

Prices of stocks rise and fall because of what men and women are doing, thinking, and feeling.

As you might know, paying off your debts take more than just money. It takes self-control and discipline to maintain steady payments until you are debt-free. It is about the numbers as much as it is about your feelings and insecurities.

Design your investment and speculative program on the basis of quick reactions to events that you can actually see developing in the present. Naturally, in selecting an investment and committing money to it, you harbor the hope that its future will be bright. The hope is presumably based on careful study and hard thinking. Your act of committing dollars to the venture is itself a prediction of sorts. You are saying, “I have reason to hope this will succeed.” But don’t let that harden into an oracular pronouncement: “It is bound to succeed because interest rates will come down.” Never, never lose sight of the possibility that you have made a bad bet.

Chaos is not dangerous until it begins to look orderly

Irving Fisher, a distinguished professor of economics at Yale, made a bundle on the stock market. Impressed by his combination of impeccable academic credentials and practical investment savvy, people flocked to him for advice. “Stock prices have reached what looks like a permanently high plateau,” he announced in September 1929, just before he was wiped out by the worst crash in Wall Street history.

The trap that caught Professor Fisher, the illusion of order, has caught millions of others and will go on catching investors, speculators, and gamblers for all eternity. It awaits the unwary not only around Wall Street but in art galleries, realty offices, gambling casinos, antique auctions: wherever money is wagered and lost. It is an entirely understandable illusion. After all, what is more orderly than money? No matter how disarrayed the world gets, four quarters always make a buck.

Money seems cool, rational, amenable to reasoned analysis and manipulation. If you want to get rich, it would seem that you need only find a sound rational approach. A Formula.

Everybody is looking for this Formula. Unfortunately, there isn’t one.

The truth is that the world of money is a world of patternless disorder, utter chaos. Patterns seem to appear in it from time to time, as do patterns in a cloudy sky or in the froth at the edge of the ocean. But they are ephemeral. They are not a sound basis on which to base one’s plans. They are alluring, and they are always fooling smart people like Professor Fisher. But the really smart speculator will recognize them for what they are and, hence, will disregard them.

If you want to spend an instructive and entertaining afternoon watching illusions of order being constructed, go to your local library and sample the how-to-get-rich books. Even a small library is likely to have a shelf or two of them. You will find a wide variety of investment ventures represented — including, perhaps, some that appeal to you personally. How to get rich in real estate. How to hit the jackpot in rare coins. Killings in the philately business. Stocks, bonds, gold and silver . . . the list goes on and on.

Notice a characteristic of these books. Most of them were written by men and women who claim they themselves were enriched by the given schemes. How I Got Fat on Pork Bellies goes the typical title. Are these advisers telling the truth? Well, yes: the truth as they interpret it. There is no reason to be unnecessarily cynical about this. We can assume we are being given an honest account in nearly every case: The adviser worked the scheme and banked a bundle. However, we are not obliged to let ourselves be suckered into the author’s illusion of order. He believes he got rich because he found a winning formula. We know better.

BONUS TIP: Want to booster your monetary self-awareness? Check this post I wrote about financial literacy and take this free financial survey questionnaire. No e-mail, log in or registration needed!

This post is based on my personal experience of more than 10 years of investing and from lessons I learnt on the book The Zurich Axioms: The rules of risk and reward used by generations of Swiss bankers

Continue reading and learn more about finances, how to your retirement planning and pay your student loan:

Hi, I am Leblon Blue. Mid-thirties senior manager on a large corporation. Happily married for seven years and waiting for my first kid. I have dedicated my past 15 years to build an engineering background and a stable career. After working in Europe, Scandinavia, and Latina America, I am now based in the Persian Gulf, where I manage the performance of a large corporation that operates in the region. 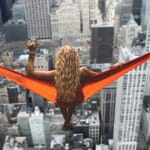 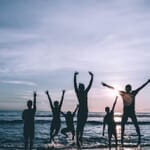